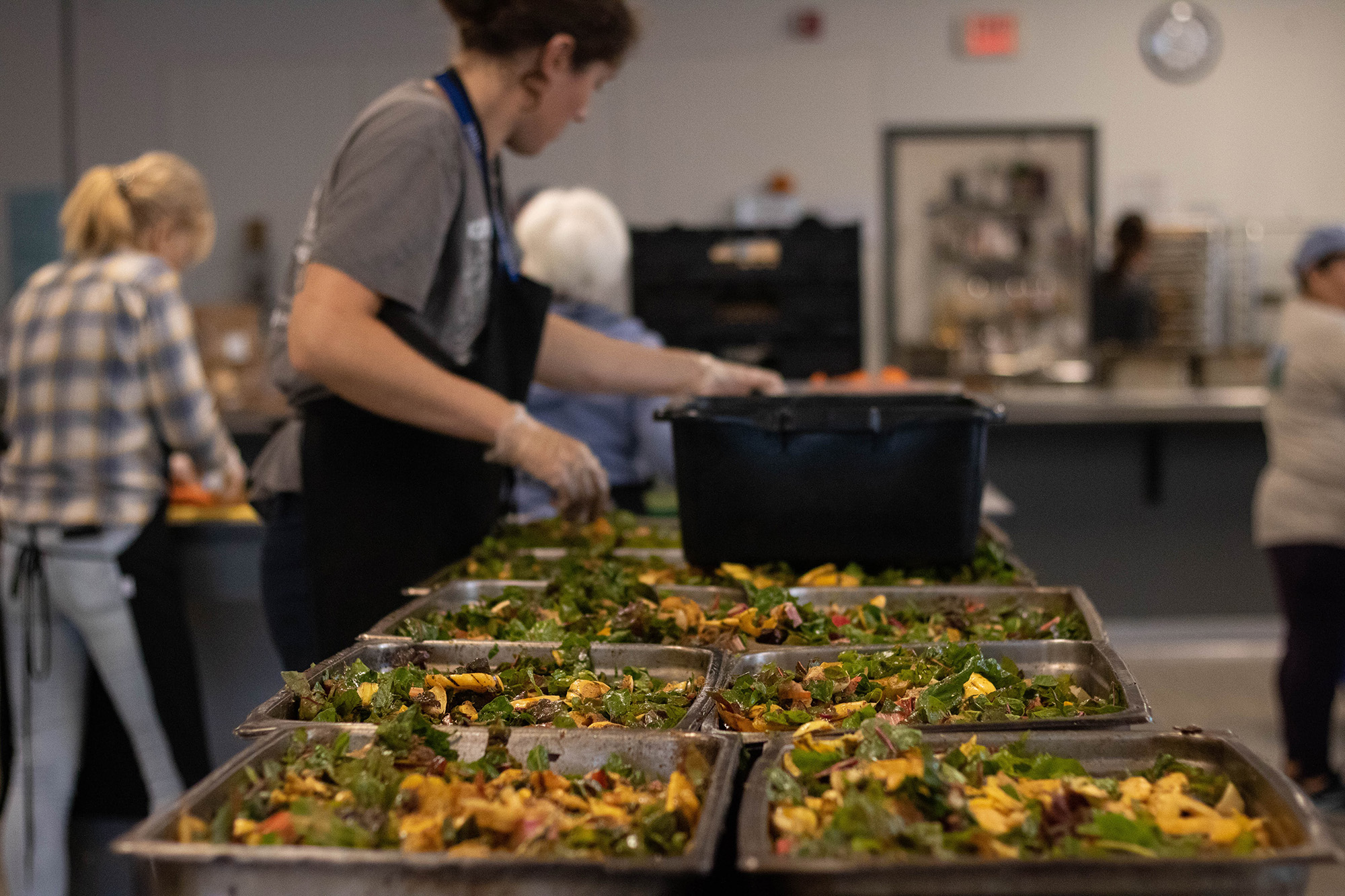 Hunger in Maine has grown substantially since the pandemic began and Preble Street is on track to provide over 1 million hot and pantry meals for the third year in a row. Because of this drastic increase in demand for food, Preble Street launched its new Food Security Hub in South Portland, a sustainable, comprehensive, and collaborative approach dedicated to ending hunger in Maine.

Today, Preble Street is pleased to share that the organization was awarded $1 million through the Fiscal Year 2023 government funding bill to expand and renovate the Food Security Hub, a 30,000-square-foot facility focused on creating a comprehensive food system that extends the life of food, reduces food waste, increases access to culturally appropriate food, and provides more sustainable, local, and nutritious food to more people who need it. This federal investment into Maine food security will allow Preble Street to make significant capital improvements to this building to create a commercial space with the capacity and infrastructure sufficient to meet the needs of the community.

“Hunger is an all-too-common reality for far too many people in our country. As rates of food insecurity, particularly in Maine, continue to grow due to the pandemic and ensuing economic crisis, organizations like Preble Street have never been more vital to our communities,” said Congresswoman Chellie Pingree (D-Maine). “Preble Street is a model for the rest of the country, demonstrating ways we can tackle both food insecurity and food waste by thinking outside of the box. I was proud to secure $1 million to support the expansion of Preble Street’s Food Security Hub. This funding will help feed more food insecure Mainers and ultimately support our collective goal to end hunger in Maine.”

“Preble Street thanks Congresswoman Chellie Pingree and the Maine Congressional delegation for securing this critical funding for the Food Security Hub, the first food hub in Maine focused on food security,” said Mark Swann, Executive Director, Preble Street. “When the renovation of the Food Security Hub is complete, we’ll have the capacity to produce up to 10,000 hot and nutritious meals each day, up from our current capacity of 2,000 meals. We are grateful that Maine’s Congressional leadership is committed to ending food insecurity in our state.”

The opening of the Food Security Hub in December 2021 allowed Preble Street to ramp up hot meal production by almost a thousand meals a day, create new community partnerships, and bolster its focus on local agriculture and environmental sustainability. But Preble Street has a bold vision to combat food insecurity through partnerships and collaboration throughout Maine — bringing more meals and grocery boxes to people in need. The full renovation and build-out of the Food Security Hub will result in a dynamic and collaborative multi-faceted food preparation, production, and distribution site to assure adequate nutrition to southern Maine’s most vulnerable people.

“Preble Street cannot end hunger in Maine alone and we hope that more organizations and people from across Maine will join us on this journey,” adds Swann. “We are so appreciative of the support that we have received so far at the federal level, ARPA funding from Cumberland County and the City of South Portland, foundations, and individual donors. But to truly meet Maine’s urgent food security needs, we will require even more collaboration and support from public and private sources.”