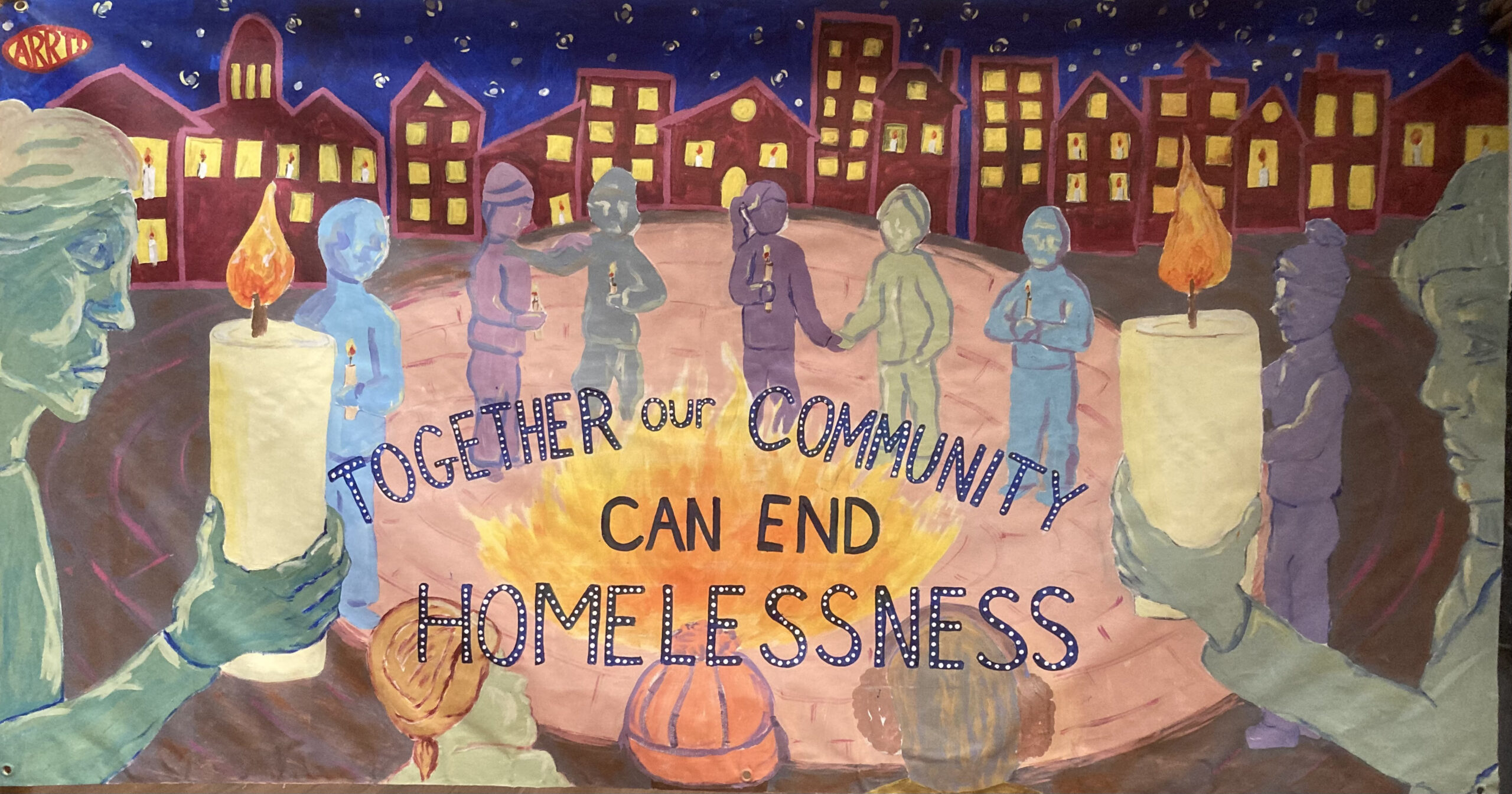 A vigil to remember friends from the Greater Portland homeless community who have died will take place December 21 at 4:30pm. A crowd will gather in front of the MMC-Preble Street Learning Collaborative at 20 Portland Street and proceed by candlelight to Monument Square.

Every year on the Winter Solstice — the longest night of homelessness — the Portland community hosts a candlelight procession and ceremony dedicated to youth and adults in our community who have experienced homelessness and who have died. For 28 years, Portlanders have gathered to mourn the many lives that were cut short, and to commit to changing the broken systems that allow so many of our neighbors to fall through the cracks.

Of the 51 people we have lost so far this year, eleven were under the age of 35, the youngest being 23 years old. Causes of death include cancer, overdoses, heart disease, suicide, and chronic medical conditions. On average, the life expectancy of people who are homeless is about 28 years shorter than that of people who are housed. “The loss of each of these human beings is devastating, and the annual vigil gives us a chance to stand together in that collective grief,” says Mark Swann, Preble Street Executive Director. “These deaths are not only tragic, but preventable. We must come together at the local, state, and federal levels to provide professionally-run and dignified shelters, affordable housing and more site-based Housing First programs, and expanded services for physical and behavioral health and substance use disorders.”

The gathered crowd will proceed by candlelight to Monument Square for a commemoration ceremony. Regina Phillips – Portland City Councilor for District 3, Larry Dyer – a person with lived experience of homelessness, and Karlee Foss – Good Shepherd Food Bank Advisory Council, will share remarks, followed by the lighting of candles to honor each person from the homeless community who has died in the past year. To close the program, local performers, The Vigilantes (Nate Nickerson, Phil Hoose, Toby Hollander, Peggy Akers, Megan Connolly, Sandi St. George, and Lisa Bisceglia), will lead the crowd in singing a few songs. ARRT! (Artist Rapid Response Team) designed a new banner to commemorate the Vigil and LumenARRT (Projection Art Projects) will be doing a large-scale projection in Monument Square to memorialize the 51 people that have died this year.

The public is invited to assemble at 20 Portland Street at 4:30pm for the candlelight procession led by bagpiper George Pulkkinen, or at Monument Square at 4:45pm when the ceremony begins. An ASL interpreter will be present for the ceremony.