Homeless Voices for Justice (HVJ) is a grassroots organization that works for social change with, and on behalf of, people with lived experience of homelessness and poverty. 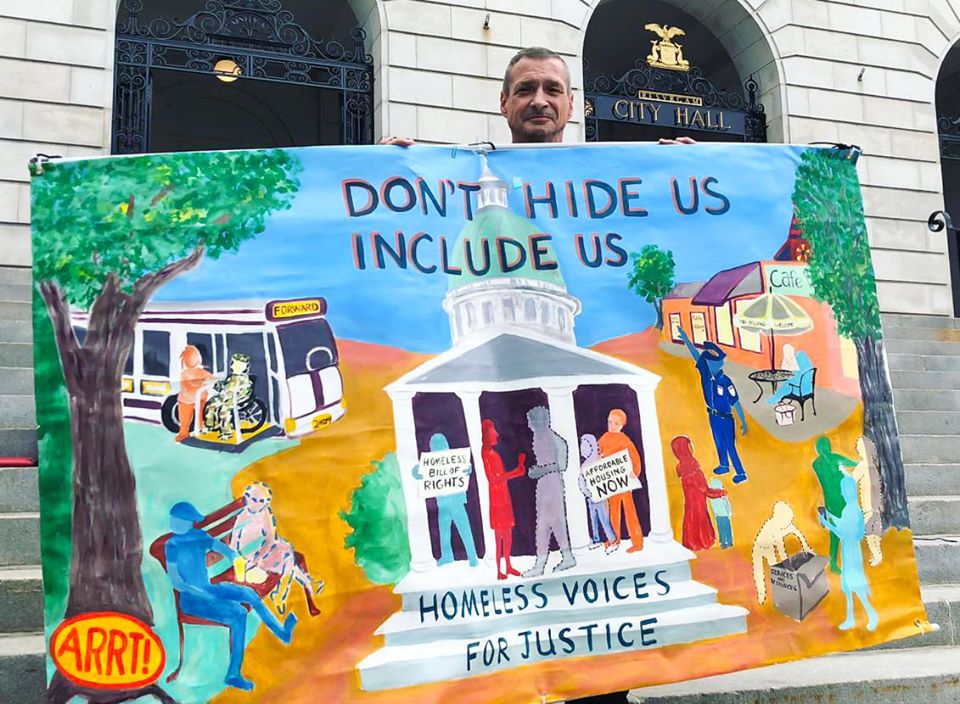 HVJ organizes efforts based on the belief that true change occurs only when people affected by an unjust system are directly involved in addressing the injustices, and in which disenfranchised people become empowered and gain leadership skills to organize and advocate for institutional change. Since 2020 the Advocates have increased their focus on race equity and hold a 30-minute decolonization discussion at the beginning of each weekly meeting.

People experiencing homelessness have always faced the challenge of simultaneously dealing with the harsh realities of surviving homelessness while wishing to direct their energies to combating the injustices of homelessness. But knowing that you have to be at the soup kitchen at a particular time or you won’t eat can get in the way of actively participating in the change process.

Our efforts to register new voters move, inspire, and remind us of the common ties that bind us in our democracy and our humanity so together, rich and poor alike, we can improve our country for all.

Homeless Voices for Justice Advocate Leaders act as organizers, seeking input and speaking on behalf of those who are unable to be actively involved. All Advocate Leaders have experienced homelessness, live on poverty-level incomes, and are skilled in public speaking and public policy analysis.

Homeless Voices for Justice celebrated its 25th anniversary in 2020.

Among many accomplishments on legal rights, housing and healthcare, hunger, representation on policy-making bodies, and coalition building, Homeless Voices for Justice has:

In addition to the social changes resulting from this advocacy, Homeless Voices for Justice has a profound effect on its members, including increased self-esteem, community respect, and an understanding of the collective nature of personally-experienced injustices and the power of collective action. The empowerment and sense of dignity produced by “finding our voice” and participating with peers in making change cannot be overstated.

As one advocate said, “It’s helped me to see how huge poverty really is. I’m not alone. I have a greater understanding of oppression and exploitation now.” 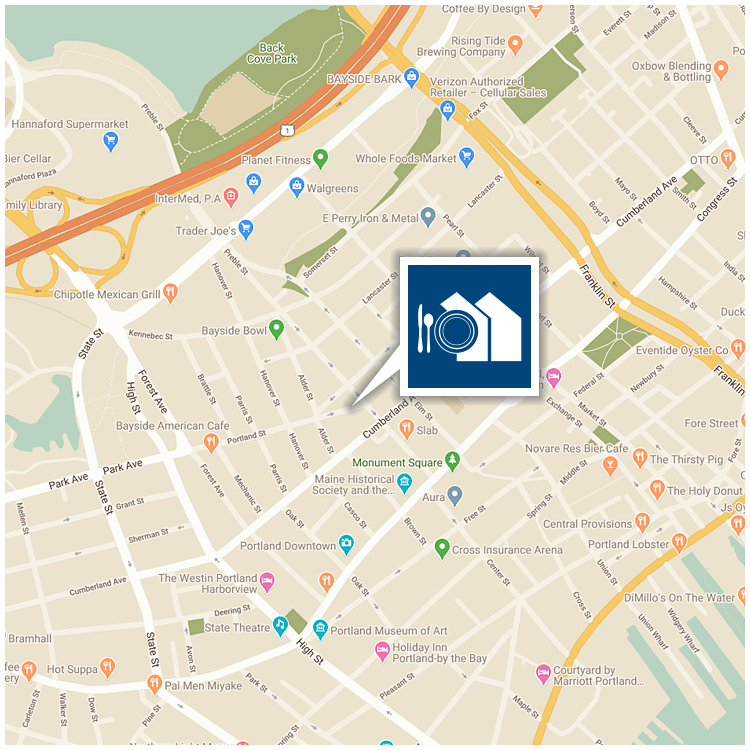 IN MEMORY OF DIANNE 'DEE' CLARKE

For more than 20 years, dee Clarke was a tireless advocate, always speaking up and speaking out with compassion in support of social justice.  dee passed away on Sunday, October 31, 2021, at Gosnell Memorial Hospice House and will be dearly missed by all of us here at Preble Street.  Whether as a person with lived experience, an advocate, a colleague, a teacher, a partner, or as a valued, trusted friend, dee modeled the Preble Street values of treating everyone with dignity and respect.
Click Here