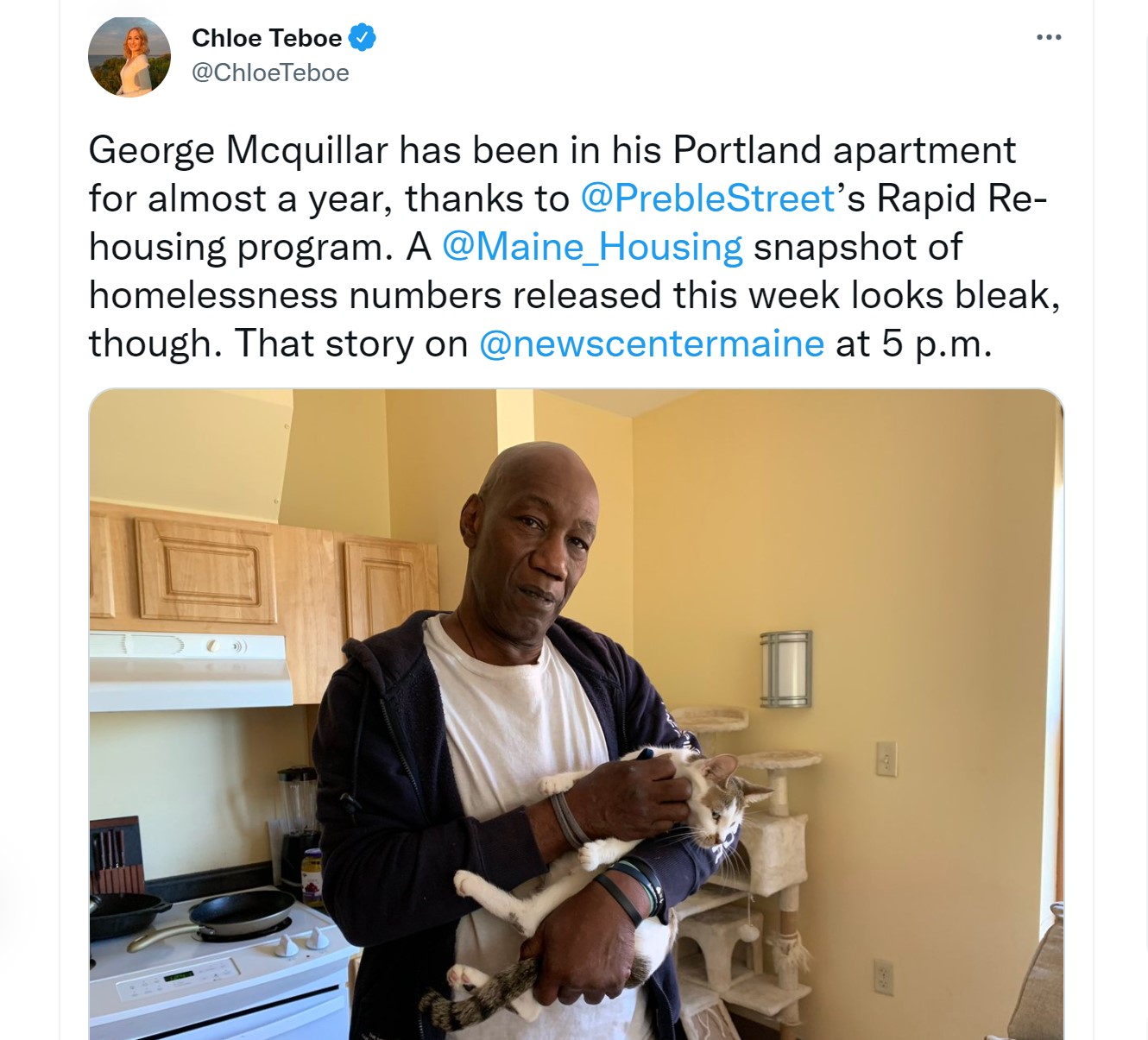 “We’re spending a great deal of money to keep people homeless,” says Cullen Ryan, Executive Director of Community Housing of Maine… Preble Street’s Rapid Re-Housing program is designed to change that. The nonprofit has helped save the emergency services system in Maine more than $1 million since it was started in October 2020 in response to the pandemic, according to a release. In that time, Rapid Re-Housing has worked with about 100 people and helped 80 find permanent housing. About 90% of them are still in place.

“At any given time, we’re typically serving about 60 households,” Erin Kelly, director of Rapid Re-Housing, said. “Each case manager is working with about 15 households at a time.”

Kelly said there are more than 100 people currently on the waiting list, and that number continues to grow… For people like George McQuillar, the program has proven successful. He has been in his apartment on Danforth Street for about a year.

“I get up every morning, and I pray,” McQuillar said. “I thank God for opening the doors to meeting people who could get me into this place.”

McQuillar became homeless three years ago after he was evicted from his apartment. He said he hopes all people experiencing homelessness can get out of that situation.

“It’s scary not knowing where you’re going to lay your head at night,” McQuillar said.

Daniel Brennan said MaineHousing has 24 properties around the state under construction as a long-term solution to provide more affordable housing. He said the organization is undergoing a redesign to try to better serve people experiencing homelessness with more accurate data.

Kelly says landlords are eligible for incentives if they work with Preble Street Rapid Re-Housing. You can learn more here.