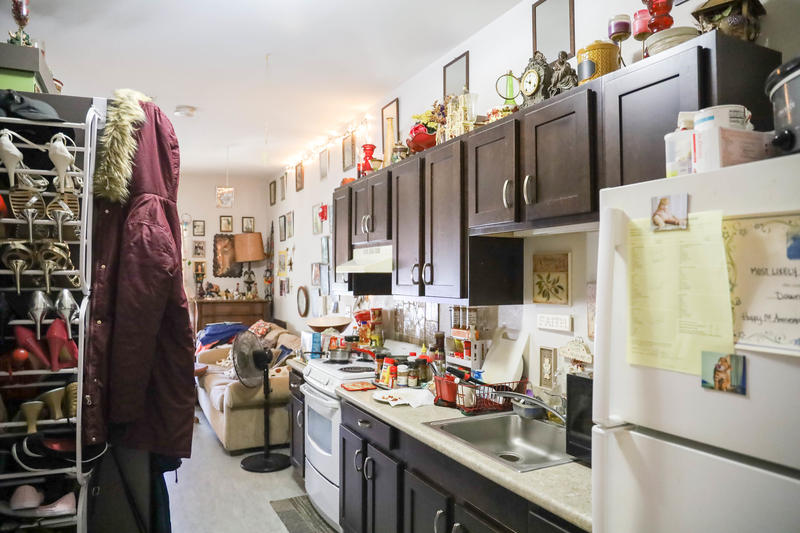 Housing First is exactly what it sounds like: the idea is that people do better when they have permanent housing — and then are more likely to access services like counseling and rehab.

So Preble Street worked with the affordable housing developer Avesta and the Portland Housing Authority to create a Housing First building complex. Logan Place opened in 2005 with 30 units.

“There was a lot of skepticism, it was a big risk for all three organizations, we talk all the time that it was a transformational moment for this agency literally the night it opened,” says Swann.

Swann has called that night the best of his career. And today Preble Street operates three similar residences that provide permanent housing and services for 85 people who were once chronically homeless.