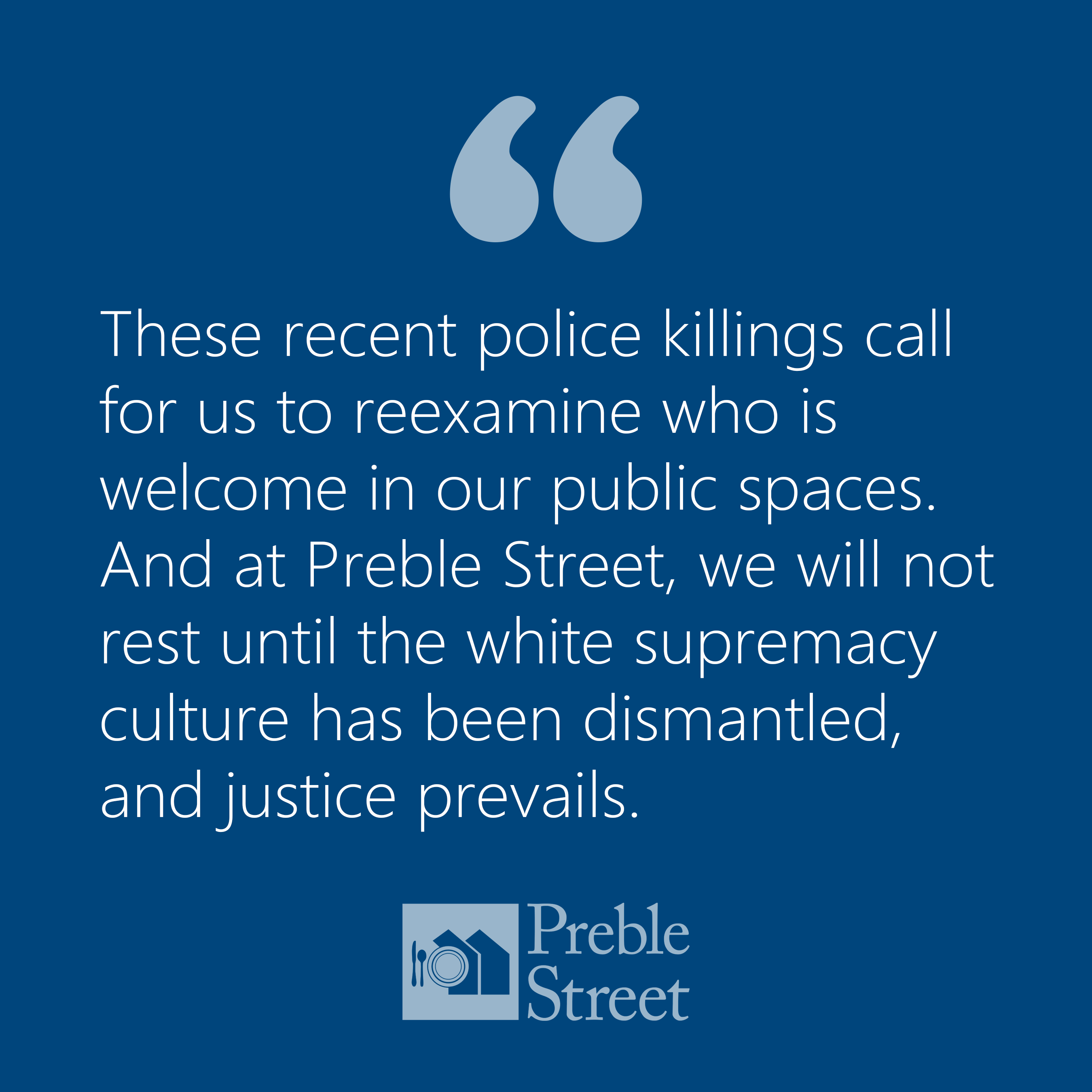 These killings of men and boys of color in our country reflect the fact that white supremacy culture gives police the power to kill citizens of color with limited accountability. Each loss of life is tragic. The devastation cannot be overstated nor justice achieved without acknowledging its roots and how it manifests in our midst.

In our work with people experiencing homelessness, we are aware that the police are called to intervene when people are merely trying to exist in the few spaces available to them. As a community, we must reexamine who is welcome and can feel safe in our public spaces.

Like Mario Gonzalez — who lived in Oakland, CA and was visiting the nearby island town of Alameda when residents made the call to police that would result in his death — Mainers who are unhoused in our towns and cities are too often victims of harassment, marginalization, criminalization, and severe trauma.

These recent police killings call for us to reexamine who is welcome in our public spaces. And at Preble Street, we will not rest until the white supremacy culture has been dismantled, and justice prevails.

Resource share: Sociologist On How Black Men Try To Appear Non-Threatening As A Defense Mechanism