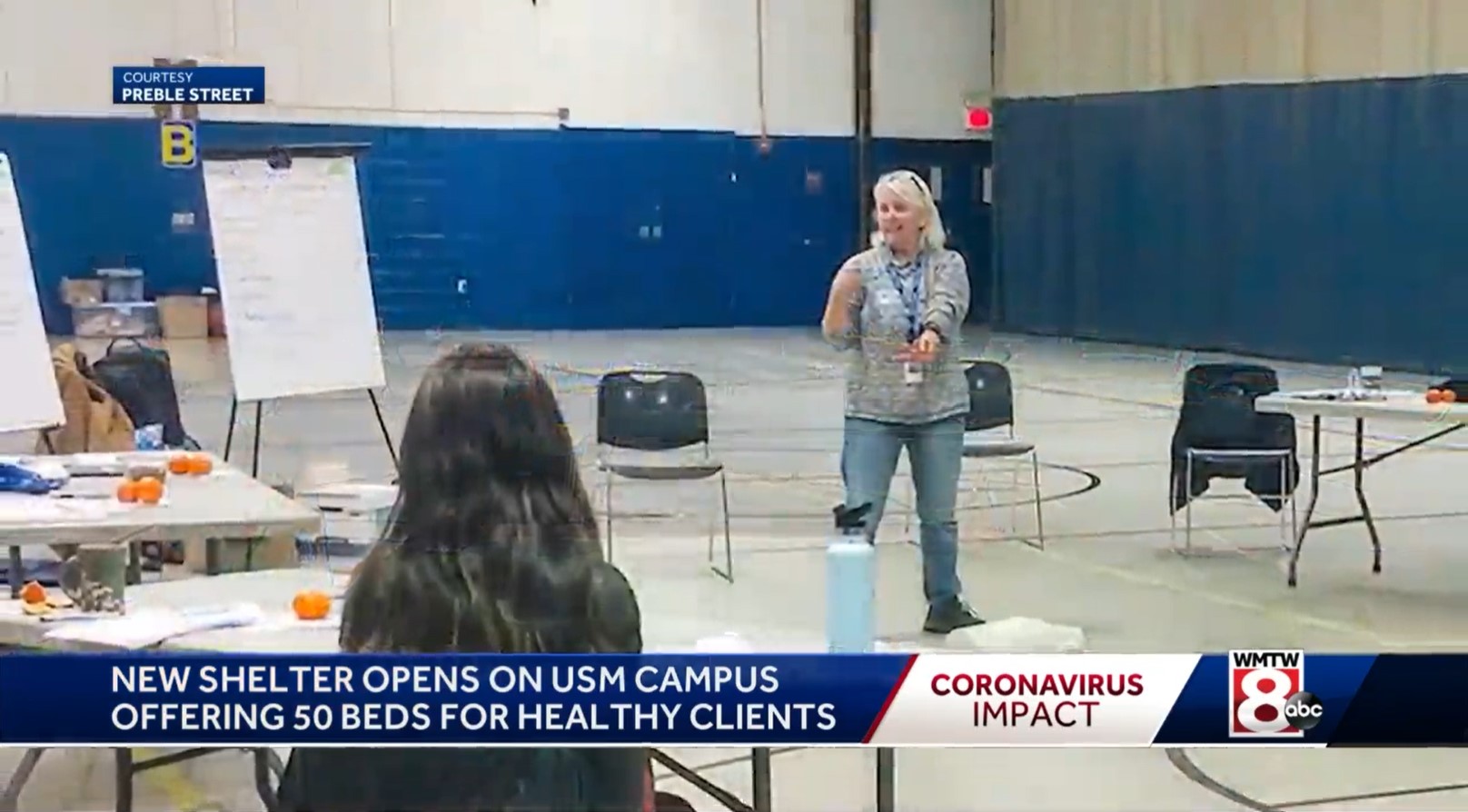 The University of Southern Maine’s Sullivan Gymnasium will open Friday as a temporary homeless shelter due to the coronavirus outbreak in the state.

The University of Maine System partnered with Preble Street to create the 50-bed shelter.

Preble Street is operating the shelter with the help of the Maine State Housing Authority and the Maine Department of Health and Human Services.

The shelter was created out of a need for additional space to allow Portland’s homeless population to practice social distancing.

The shelter will serve both men and women and will operate 24 hours a day. Preble Street Executive Director Mark Swann says homeless clients have to first be approved and will then be screened for any COVID-19 symptoms.

Swann says they had put open calls out for potential locations and USM responded not only with the space, but assistance in set-up and preparation as well.

“We opened a shelter 10 years ago and it took us about 18 months from start to finish to get it open,” Swann said, “and we’ve done this in less than two weeks.”

Preble Street has hired 12 staff members as they continue to operate two other shelters and their food service program. “Everybody has pitched in,” Swann added. “It’s a lot of supplies, it’s a lot of policies and procedures.

The non-profit is hoping for any monetary donations, as well as donations and volunteers for their three soup kitchens and food pantry.