Over the summer, Teen Services staff and youth collaborated with Cultivating Community to plant and harvest a garden in the Teen Center courtyard. Tomatoes, strawberries, rhubarb, herbs, and an assortment of flowers all flourished, and much of the food was harvested and used by Preble Street Food Programs to prepare meals for the youth to enjoy.

One youth in particular, Ryan, dedicated several hours a week to the garden while holding down a full-time job and working with case management staff on finding stable, independent housing.

Ryan first came to Preble Street last winter and has been working on the garden since early spring. “I’ve been tending to it when I can,” Ryan says. “It helps keep my focus away from all the bad stuff on the streets.”

“We started the garden to provide more engagement opportunities in the drop-in for the young people needing our services,” says Teen Services Supervisor Kiersten Mulcahy. “The garden gives youth the opportunity to build something beautiful from scratch every spring, nurture it while it grows, and watch their project give back to the community by providing food for the kitchen and a peaceful space for people to relax.”

“Kiersten and I teamed up and got it going this year,” says Ryan. “How the layout was, where different things were growing. We worked very hard on it, and it’s come out great, I think.”

Ryan aspires to take his green thumb to work on a farm one day. “Either that or working in a restaurant, working on the line or doing prep work would be really cool. It’s something I’ve been interested in since I was a kid.”

“The one plant that has got me really going with this whole thing is the baby tomato. Because home-grown baby tomatoes, during a cookout in early September, is like a childhood memory. It’s the best. Homegrown cherry tomatoes will always beat store bought cherry tomatoes — I don’t care what any-one says. If you grow tomatoes well enough they will be hands down the best ones you’ll ever have. That’s what I was really, really working on, and I’m still working on that. They still haven’t ripened yet but they’re starting to, so hopefully they’ll come around.”

Back to all stories 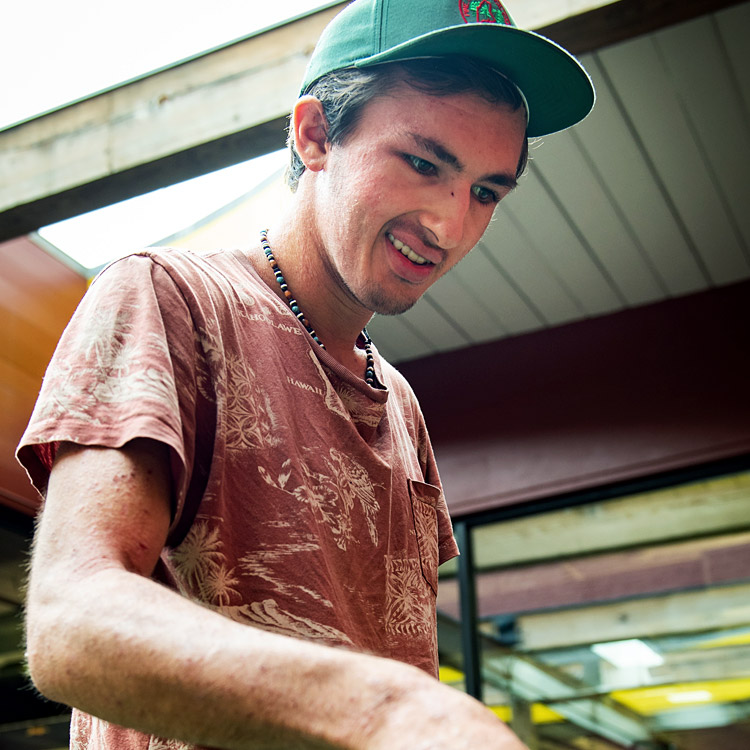