Nickolas has an easy smile and an incredible self-awareness that seems uncommon among people in their mid to late twenties. Growing up, he lived with his siblings and his mother, who did her best to raise her children, but suffered from substance use disorder. After aging out of foster care at age 18, Nickolas experienced homelessness for most of his adult life while also struggling with substance use disorder. He is recently housed and taking steps towards building a healthier future for himself.

Wanting to gain control of his life, Nick enrolled in the HOUSE (Homeless Opioid User Service Engagement) Program — a collaboration between Preble Street and Greater Portland Health — in 2021. With the support of his caseworkers and the Preble Street BIPOC fund, he entered a detox program to help him begin his recovery.

“My life changed from being completely homeless, sleeping in a tent, and living in chaos from moment to moment to maintaining my recovery and having a steady place to stay.” shares Nick.

After completing rehab last year, Nick found himself in a living situation that he felt was not conducive to his recovery. He took the initiative to confide in his caseworkers about this and worked with them to find temporary housing in a hotel shelter.

“It’s scary sometimes. It can feel like there’s this thing that’s lying dormant in your system day after day after day, and you fear that one day it’s going to come out and within hours ruin everything that you’ve worked for.”

A combination of self-care and support from his casework team is helping him stay on the road to recovery. Nick moved into his own apartment in late Spring 2022.

“I’ve never had this kind of support before,” Nick says. “My belief in myself has gone up a lot. I find myself achieving goals and doing things that I didn’t used to have the courage to do. There’s always been some sort of struggling and grinding while I tried to figure out how to just survive, and my team at Preble Street Health Services takes a huge weight off. For the first time, I am sure of the amount of support I have. It’s a huge, huge difference.”

While Nick’s caseworkers are there to support Nick and point him to needed resources, it’s really his strength, resilience, and skillful introspection that have led him to where he is today. Safely housed and focused on his future, Nick takes the time to care for his mental and physical health to ensure he can achieve a positive future. He takes long walks for stress relief, loves to read, and enjoys time in his new home watching the History channel and documentaries about space.

Looking forward, Nick hopes to get a culinary job and has started volunteering at the Preble Street Food Security Hub preparing meals for people experiencing homelessness and hunger.

Long term? “I want to do something in the realm of helping people. Maybe be a counselor for kids who have been in foster care. I’m not sure, we’ll see!” 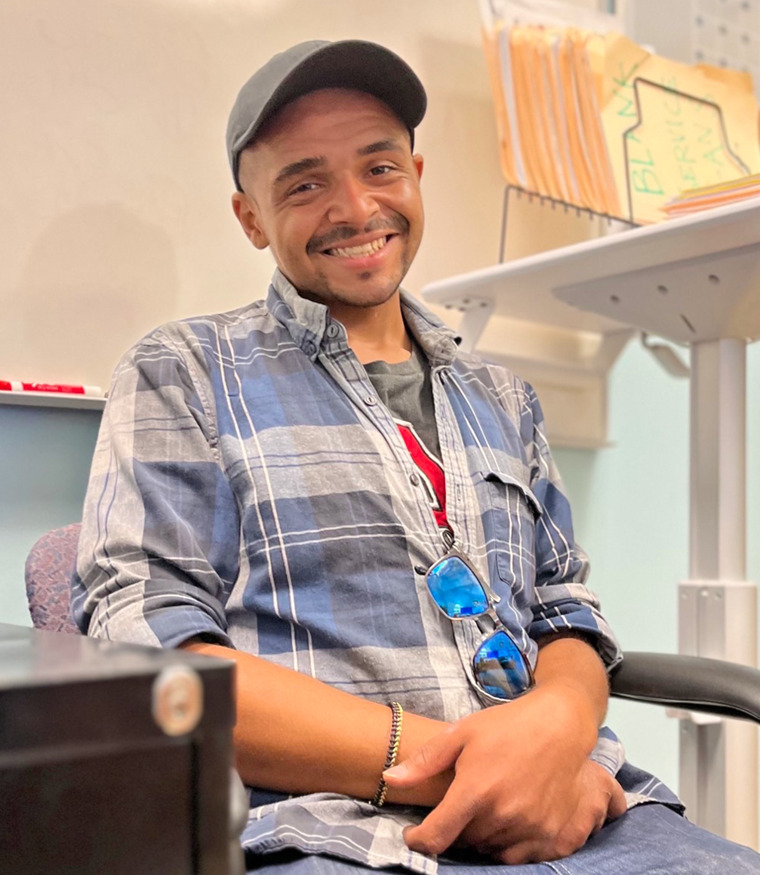 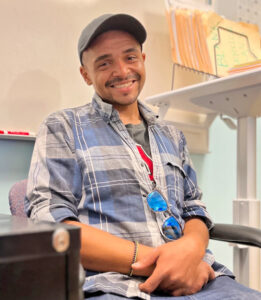 Nickolas has an easy smile and an incredible self-awareness that seems uncommon among people in their mid to late twenties. Growing up, he lived with his siblings and his mother, who did her best to raise her children, but suffered from substance use disorder. After aging out of foster care at age 18, Nickolas experienced 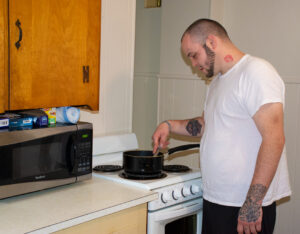 Twenty-one-year-old Dominick is working day-by-day to build a better life for himself. A rap artist, he writes and performs songs about his experiences, hoping to ensure that Maine youth don’t feel as alone and unsupported as he did when he was younger.    “When I was fifteen, I was very angry and bitter. I was just 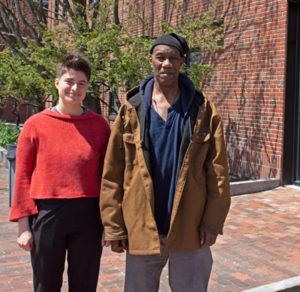 For the two years that he experienced homelessness, 67-year-old George had to carry all his belongings on his back. A friend who had been connected to an apartment through the Preble Street Rapid Re-Housing program suggested George reach out. “I was feeling really discouraged, but after I got in touch with Rapid Re-Housing, they got