The first time Matthew experienced homelessness was when he was 14. He was living in the woods of rural Maine in a tent by himself. Depression about his situation led to substance use, which led to more depression, and he went a decade without seeing or speaking with his family.

When he finally connected to the Preble Street Resource Center, staff helped him realize that a lot of his problems came from untreated health issues and referred Matthew to Preble Street Health Services, which works with our partners at Maine Medical Center to ensure vulnerable people have access to quality, barrier-free healthcare.

The life expectancy of people who endure chronic homelessness is 28 years shorter, on average, than that of people who are housed. And people struggling with homelessness and opioid use disorder are nine times more likely to die from an overdose than those who are stably housed.

“Staff at Preble Street would call me to make sure I was going to appointments, check up on me to make sure I went, and ask what happened there. I had trouble accepting that I needed that kind of help. But I did need it. It felt good to be cared about.”

Through Preble Street Health Services, Matthew had access to providers and transportation so he wouldn’t miss appointments. A psychiatrist got him on the right medication; our partners at Greater Portland Health gave him a voucher to fix his broken teeth; and Preble Street helped Matthew find housing.

Matthew now resides in a sober living community and has not used any substances for three years. He speaks with his mother every day and spent Christmas with her.

“This is all due to recovery, and Preble Street played a huge part in that,” says Matthew. “They provided me with little different stepping stones, which made me want to change.”

Back to all stories 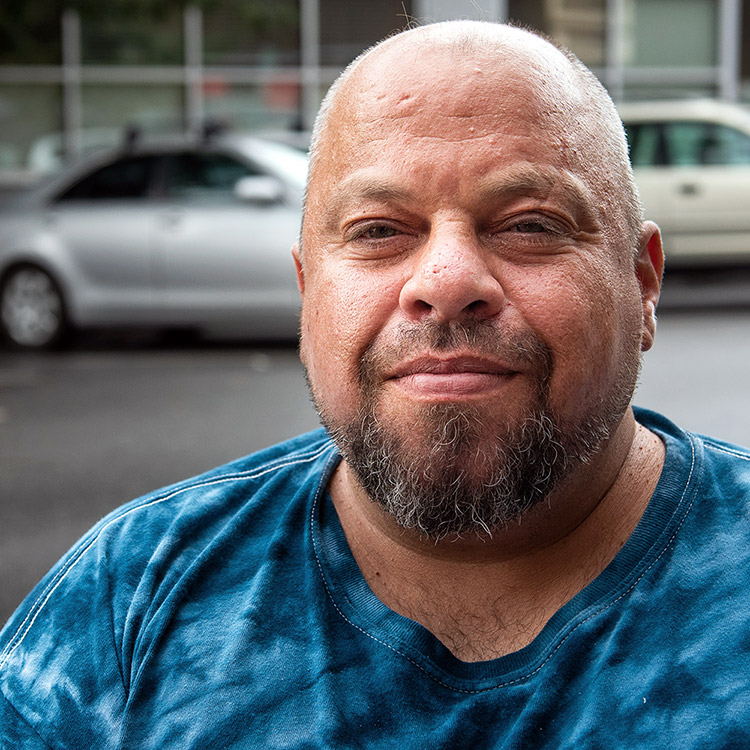