highlights from the 2015 annual meeting

Preble Street celebrated three major anniversaries at its annual meeting and celebration on Tuesday, June 16th, at the Italian Heritage Center in Portland.

The agency, which began as an outgrowth of the social work department at the University of Southern Maine, turns 40 in 2015.

Homeless Voices for Justice, a grassroots group, has been working for social change on behalf of people who struggle with homelessness and poverty for 20 years. The group is led by a board of advocates who have all experienced homelessness and is supported by Preble Street staff.

Logan Place, a partnership between Preble Street and Avesta Housing, recently turned 10. Logan Place was the first “housing first” community in Maine, and one of the first in the country, reducing homelessness in Portland by providing permanent housing for chronically homeless people.

The agency also honored some of the individuals and organizations whose support its work of meeting urgent needs, advocating for change and empowering people.

Bill Nemitz, a columnist for the Portland Press Herald, received the 2015 Force for Good Award, an award that recognizes those who’ve made significant contributions to public awareness and understanding of social justice issues.

“There is no one in the media in this state that is more compelling than Bill. He writes human interest stories that remind us how human we all are. And he does something many of us talk about and all of us should do: He speaks truth to power … when it comes to social and economic justice. And the state of Maine is a better place for it,” said Preble Street Executive Director Mark Swann.

In addition, Dennis Marble, executive director of the Bangor Area Homeless Shelter, received the 2015 Joseph D. Kreisler Community Impact Award, which honors an individual whose work and passion for human dignity and social justice have made the community more responsive to its most vulnerable members.

“Dennis is getting this award because he’s led from the heart, and from the head, for 20 years at Bangor Area Homeless Shelter. He’s provided leadership not only in Bangor, but also the rest of the state on the complex issues of homelessness and poverty. He’s done it all with a sense of humility, and with a sense of humor,” said Swann, who presented the award with David Kreisler, son of the organization’s late founder, for whom the award is named.

The Casco Bay Island Group, consisting of 13 volunteers from Great Diamond and Long islands, was honored with the Volunteer of the Year award. Preble Street Volunteer Manager Tori Stenbak said their dedicated service and respect and compassion for Preble Street clients has been indispensable in helping the agency serve more than 560,000 meals per year.

In addition to the community service awards, Gary Chavoustie, senior vice president and New England regional sales leader at KeyCorp, was recognized as Board Member of the Year for his leadership and commitment to the agency’s mission.

The board also recognized outgoing board member E. Drew Cheney for his 21 years of service. 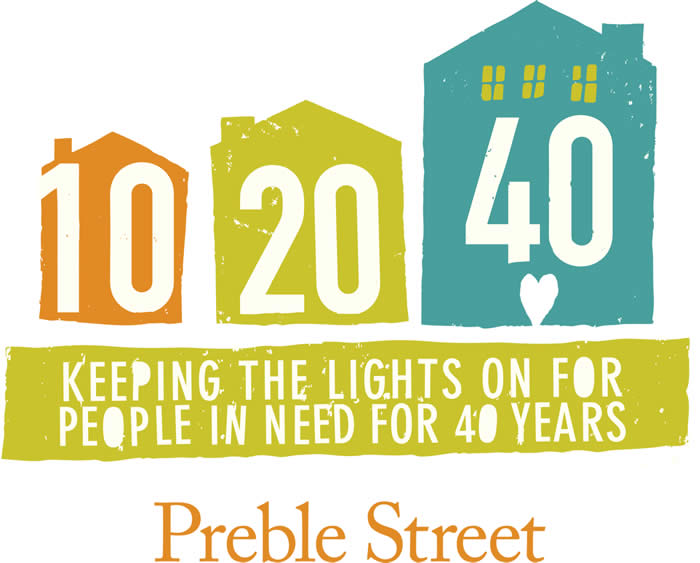